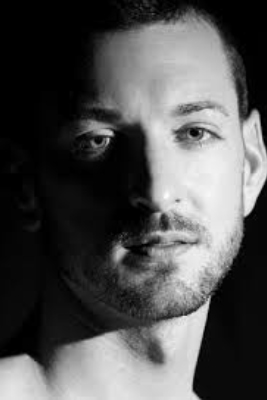 Brian Hare was born and raised in the Detroit area. After graduating high school he continued his higher education at Columbia College Chicago graduating with honors with a degree in Arts Entertainment Media Management and a minor in Dance. As a performer, Brian spent four seasons as a company member with the interdisciplinary group Chicago Dance Crash and five seasons with contemporary company Thodos Dance Chicago until 2013. He has also been a guest artist for several other Chicago based organizations including Cerqua Rivera Dance Theatre, The Inconvenience Theatre, Winifred Haun and Dancers, and Dance for Life.. He has had the opportunity to be in original choreographic processes with Melissa Thodos, Ron De Jesus, tony award winner Ann Rienking, KT Nelsen, Harrison McEldowney, Brian Enos and Gustavo Ramirez Sansano. As well as C5 director Jeremy Plummer. He was an original cast member of never before performed archival works by Bob Fosse. Brian is currently a board member and contributing artist of LEVELdance under the direction of Eddy Ocampo and Joshua Paul Weckesser.

As a teacher/choreographer Brian is the Co-Artistic Director of the youth organization Denise Sabala Dance Company in Lake Zurich IL while also being on staff and teaching master classes at several Chicagoland dance studios. He has done residencies at Universities teaching master classes and setting original works, most recently at Marygrove College in Detroit.

In 2016 Brian became an artistic associate with C5. With this role Brian works both on the performance side and the creative side of C5.