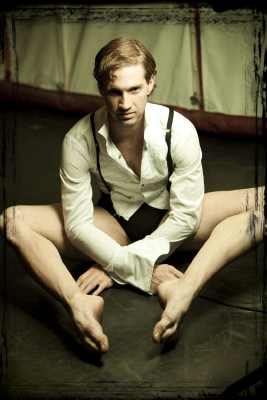 Jacopo was born & raised in Mantova, Italy. He started his training with gymnastics and later he was introduced to dancing. He decided to move to Milan where he studied for 3 years at SPID and also graduated. His love for aerial dance started with his participation at the Opening Ceremony of the Olympic Winter Games in 2006 and hasn’t stopped since. He toured Italy with the national production of “Cats”, danced on the stage of La Scala Theatre and worked in Venice performed on the façade of buildings in many exclusive locations such as St Mark’s Square. From 2007 to 2016, he worked onboard Royal Caribbean’s ships as a dancer, acrobat, aerialist, wardrobe supervisor, dance captain, and aerial coordinator. During his time with Royal Caribbean, he met Jeremy, who selected him for a featured aerialist during the creation of the Centrum Wow for Splendour, Grandeur, and Legend of the Seas. In 2017, Jacopo moved to Chicago to become a proud member of the C5 team.