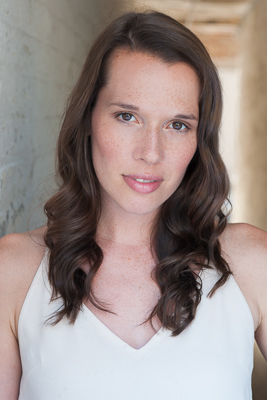 Jen moved to NYC four years ago from Chicago. In Chicago, she had the privilege of serving on the jazz faculty at the Joffrey Ballet and the Ruth Page Dance Center, as well as a guest teaching at the Lou Conte Dance Studio. She has taught and/or choreographed on Ball State University, Jacksonville Episcopal High School, SUNY Purchase, the Lions Club International Ceremonies, I Can Do That NYC and Stagedoor Connections, among others. From 2010-2013, she served as the artistic director for Chicago Freelance Dance, a choreographic based project that showcased new and emerging artists in the Chicago dance community. She has been teaching and choreographing for almost 20 years.

In addition to teaching, Jen has also appeared in the Jeff Award winning Follies at Chicago Shakespeare Theatre, directed by Gary Griffin. She served as the choreographic assistant to Alex Sanchez, as well as Dance Captain. Immediately following, she appeared as a principal dancer in the Chicago Symphony Orchestra’s Welcome Yule! at Orchestra Hall. She has since worked on A Chorus Line (Assistant Dance Captain) directed by Mitzi Hamilton, Timon of Athens (Ensemble, Dance Captain) at Chicago Shakespeare Theatre, Brigadoon (US Jean/Ensemble) and A Christmas Carol (Xmas Future, Dance Captain). She has performed in numerous industrials around the world, including serving as Associate Choreographer for the Lions Club International Ceremonies in Hamburg, Germany and Honolulu, Hawaii. Proud member of AEA and AGMA.

With such a versatile background, there isn’t anything in the entertainment field she hasn’t delved her hands into. She loves being able to collaborate and create with all types. Jen began working with C5 in 2012 as one of their rehearsal directors for OceanAria, one of Royal Caribbean’s water/diving shows. She loves her continued work with C5, because of the diverse and challenging events they take on. It offers her an amazing creative outlet and a chance to put her skills to use.